Digital transformation is happening so quickly that 70% of companies fail to manage it properly (statistic by Deloitte). They are using more data-producing apps, sharing data with more employees, and making more concerted efforts to govern data.

This raises important questions about the future of effective data management and BI:

Join our CEO Petr Nemeth for this free webinar, where he helps business leaders anticipate the answers to these questions in 2023 and beyond. 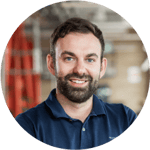