We know from experience that if our people are growing, our company will grow, too. That’s why we put a premium on attracting potential rather than just filling positions.

Dataddo is expanding rapidly, which means that new roles are constantly popping up and existing roles are becoming increasingly specialized. This presents a huge opportunity for Dataddoers to make their own way, whether by moving upwards or sideways. Sure, we hire people to take designated positions, but we are always open to discuss advancements and try new things.

In short, we support talent because talent always finds a place for itself at Dataddo. Here are three examples to prove it.

In February of 2021, Sofia joined the company as an account manager. To take the position, she relocated to Prague, Czech Republic from her hometown in Bulgaria, which is—you guessed it—Sofia!

When she got to Prague, lockdown was in full swing. Not a comfortable situation. But Dataddo gave her loads of support. The colleagues were warm and friendly, the company paid for a relocation consultant to help her cut through the red tape, and the COO himself, famous actor Zdenek Pecha, accompanied her on paperwork errands to ensure that the transition went off without a hitch.

The company was smaller at the time, so the responsibilities of account managers included nurturing existing accounts and acquiring new ones. But throughout 2021, Dataddo underwent fivefold growth—not just in terms of revenue but in terms of company size. By the end of the year, it was clear that the responsibilities would need to be divided and the teams would need to be restructured.

Sofia was asked by Gabriel, our Head of Sales, whether she would like to stay an account manager or take a new direction within the company. Always feeling a natural inclination towards sales, she wanted to focus more on nurturing leads rather than existing accounts and requested to switch positions to Sales Executive.

Within a couple of days, the formalities were settled and she began handing over her duties as an account manager.

“They were very proactive about me making the switch.”

“The Account Executive position is much better suited to my personality because I can see a direct impact on company outcomes.”

Hailing from Yemen, Ramzi joined Dataddo at the end of 2020 as a solutions specialist. But he didn’t think he would get the job. Still studying at university when he applied, he lacked several prerequisites mentioned in the job advertisement. Nevertheless, the phone rang and he was asked to come in for an interview. At the end of the interview, he pointed out a bug on the website, which, as we learned later, was what turned the tables in his favor. He was hired—not for his prerequisite skillset, but for his potential.

Despite his official title, Ramzi saw opportunities to help the company in other ways and, in his early days, ended up being a kind of jack of all trades. In addition to solving client tickets, he was helping the development team build new connectors, expanding our knowledge base, and even managing our photo and video content. But as the company and workload grew, he began to feel it was time to specialize.

Dataddo was looking for a junior frontend developer, but the management hadn’t considered Ramzi because he had only basic knowledge of coding. However, when he expressed interest in the position, our CEO Petr decided he would be the best fit for the job because he understood the company and the infrastructure of the product very well; the issue of coding knowledge was secondary.

The DevOps team helped catch him up to speed and, in 2 months, he was a full-time frontend developer. Boom. Today, he is responsible for enhancing the UI/UX of our website and app via implementation of graphical features, and he even does a bit of backend work from time to time. 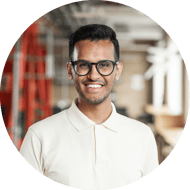 “From the beginning, the management trusted me to handle larger projects. And the team leaders are fascinating to work with. There are no jerks here. Seriously.”

His goals moving forward? To be not a jack of all trades, but a master of one.

Meet Marek from the Czech Republic. Before joining the company, he was building his career at a local event agency. After the pandemic hit, however, he decided that the time was right to alter his career path and he began seeking work in the tech industry. Marek also had a university degree in international business, so when he found Dataddo—a tech company with global ambitions—it seemed like fate. Dataddo felt the same and, in February of 2021, he onboarded as a business developer.

He spent his first few months reaching out to potential clients via email and LinkedIn. But he soon came to feel that, even though he was capable of reeling in outbound leads, it was not his strong suit. He also had a desire to better understand the product and the industry, which he openly communicated to his team lead. Incidentally, the company was looking for a partnerships manager to build an ecosystem of partnerships, so before advertising the position publicly, management presented the opportunity to him. And he gladly accepted!

But with every opportunity comes challenge. The first one for Marek was understanding how all the components of a data infrastructure interact with each other, as well as what value Dataddo can bring to that infrastructure. Fortunately, everyone in the company was there to support him—in particular our CEO, Petr. Petr would join Marek on technical calls and always found time to help him pitch cooperation to potential partners.

Now, Marek is responsible for establishing and nurturing all of our consulting and technology partnerships. He is the one who communicates with technology companies so that we can get the API access we need to build new connectors, gets our product listed in their marketplaces, and coordinates go-to-market strategies. His cooperation with consulting agencies like i-spark helps build two-way lead traffic and scale growth. Additionally, several of Marek’s growth ideas have been embraced by the company, including one to host interns from a local university. 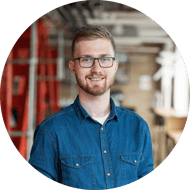 “What I love about Dataddo is the potential to make my own way. If an idea is good, it will be supported.”

His goals moving forward? To build and strengthen relationships with partners in new, international markets, just like he studied for!

“There is so much opportunity out there. I feel like I’m just getting started.”

We have seen firsthand that an open and encouraging company culture brings out the best in our employees, so that’s what we promote. Indeed, if they grow as individuals, so do we as a team and a business.

Do you want to join ours?